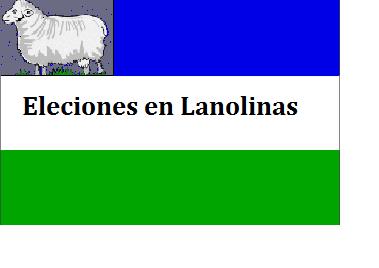 People are celebrating, flocks of sheeps coming form the Meseta are invading the streets, the Plaza Merinos, hearth of the Nation, where the Parliament overlooks the Presidential Palace, is overcrowded... the dictatorship has finished!

The President Candidates of the two main Parties, National and Popolar, are speaking to the crowd... the elections are set in the next month!

Will you manage to win the Elections, gain the majority at the Parliament and elect the President?

Here some hints on Lanolinas:

History: Found by Colombo in 1495, Lanolinas gets its name from the flocks imported from Spain since 1545. La Ciudad is founded in 1553 as commercial distribuition of the wool here produced. Since 1648 Lanolinas is a Spanish Royal Colony, till the indipendence, declared on 19th March 1891.

As independent republic, Lanolinas is influenced by the US and knows a period of dictatorship, ended in 1969 by the Marxist Revolution of Ignacio Las Casas. At its death, in 1980, Guillermo Rosas restores the Presidentail Republic using terror and corruption, till its recent resignements.

Politics:there are two main parties, National and Popolar. The country is divided into three Constituencies, each electing one Candidate to the Parliament:

Second: El Centro, rural, with medium villages with shops and the Woolen Mill.